Named after film director Ernst Lubitsch, a "Lubitsch moment" is when a film encapsulates its entire story or theme in a moment that can be as brief as a single line or pratfall. Hope and Change just had its Lubitsch moment: 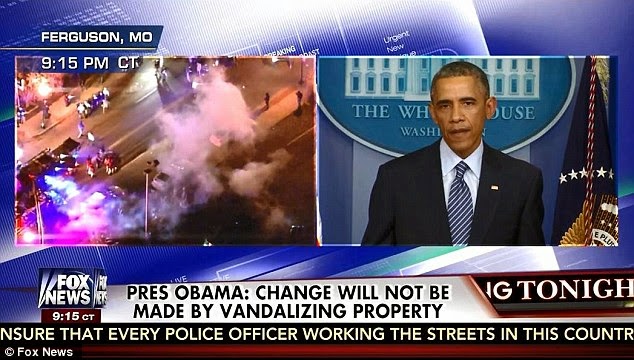 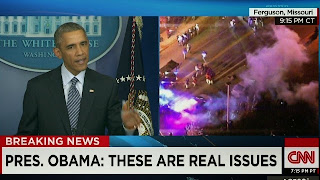 With his own complicity in the crisis and commitment to the myth of white racism from which it springs, has a president ever been less suited to his moment than this one now? Not since George W Bush fumbled through his first public remarks on 9/11 have I seen a leader with less moral authority. W's sin was his callow ineptitude, stunningly revealed in crisis. He had no business being president. Barack Obama, on the other hand, has been thinking long and hard about just this, America's race problem. And there he is, at once complicit in and impotent before violence he will not condemn without qualification. His sin is duplicitous, and also revealed in crisis. He too has no business being president.

Hard to recall, but the initial appeal of Barack Obama to whites was largely as someone who would, with "soaring oratory" and personal example, reconcile blacks, finally, to America. It wasn't spoken outright, but the feeling wasn't that whites had to brought to the table, but blacks. He was supposed to be ideally suited to the purpose, as first black president. Nixon went to China; Barack would go to black America. Obama's enthusiastic white supporters should feel betrayed. It's obvious now he never intended to move black America one stubborn inch toward reconciliation.

But even if Barack Obama were capable of a road-to-Ferguson conversion to the truth--the persistence of white racism is not the problem; the persistence of black dysfunction is--he would still make a lousy witness.
Just as the content of his speeches and writing have gone largely unexamined by his celebrants, so too has his style. His recurring habit of juxtaposing his opponents' views with his own to lend the appearance of reasonable compromise renders his speeches flabby and even more platitudinous than they already are. Hardly what the country needs when coming to the realization that long-held convention is dead wrong.

What's called for is probably impossible--telling the truth. How do you tell a people they are poorer because they are less industrious, they are jailed more because they are more criminal, they fail at school because they are less intelligent? How does one broach that subject? What you saw tonight was a president lamely trying to walk back his demagogy of the past months and re-set the expectations of all those whose wrath he's done so much to encourage--what is needed is a leader who might, somehow, begin the process of walking back the narrative and expectations of past decades, regarding black achievement and racial equality.

Hell of a night for insomnia

Via Reddit, the Ferguson police scanner live feed is chilling. Fires, shooting at police. One of the first things I heard was a cop calling for EMS for a "...twenty four year old white male with lacerations to the head related to 'shots fired' call...."