The Audacity of Expedience

From this NYT article on Obama's drone war:

They describe a paradoxical leader who shunned the legislative deal-making required to close the detention facility at Guantánamo Bay in Cuba, but approves lethal action [drone strikes] without hand-wringing.
(...)
Yet the administration’s very success at killing terrorism suspects has been shadowed by a suspicion: that Mr. Obama has avoided the complications of detention by deciding, in effect, to take no prisoners alive. While scores of suspects have been killed under Mr. Obama, only one has been taken into American custody, and the president has balked at adding new prisoners to Guantánamo.
(...)
David Axelrod, the president’s closest political adviser, began showing up at the “Terror Tuesday” meetings [where that week's drone assassination targets are decided upon], his unspeaking presence a visible reminder of what everyone understood: a successful attack would overwhelm the president’s other aspirations and achievements.

Earlier I had taken to calling Mr. Axelrod "the Undertaker" because he looks like one with that somber visage, but now the moniker seems apt for other reasons. 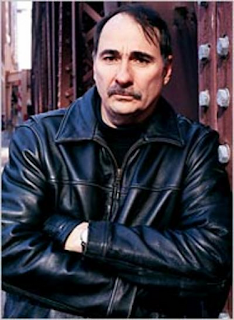 All out of transformation: Chewing bubble gum and keeping the president's "aspirations" in the black.
- May 29, 2012 No comments:

Email ThisBlogThis!Share to TwitterShare to FacebookShare to Pinterest
Labels: music

It had to end here. The Trayvonicus lynch-meme sputters on, but is starting to look like a particularly depressing Al Sharpton hoax as we learn George Zimmerman's injuries were documented and consistent with a beating. Eyewitnesses testified to them from the start of course, but most Americans have only the legal discovery process to thank for the belated information. The networks were too busy with the sort of yellow journalism that had Marcia Clark declaring George Zimmerman sustained no injuries because, as the security camera video clearly shows, he retains powers of locomotion and isn't cradling his gutted entrails like a football just hours later (not since Bill Frist video-diagnosed Terri Schiavo...).  Of course this evidence was available to the special prosecutor brought in to bring Zimmerman up on charges. Didn't make it into the affidavit. Hey, I think I found that crime you been looking for!
But Zimmerman's real misfortune is to not have been born George Ramos. That's what so aroused the elite media, at first expecting nothing more than another ritual sacrifice to the national god of black resentment. Now they have this potential national race riot on their hands. So no matter if Zimmerman looks increasingly innocent; the thing must be seen to its (responsible elites hope) riot-defusing conclusion. As if by evil design then it will run alongside the president's election campaign of race-baiting demagogy--five more months, including summer, pumping the bellows of resentment (November or Bust!)--on one hand and the traditional summer season of black on white violence on the other. The diversity demagogues are fighting this one like there's no tomorrow. Maybe they're right.
But they have a fallback position. At first they told us, and some (blessed naifs) believed George Zimmerman stalked and murdered a black boy. That position is no longer tenable. But there's no walking this one back down. So out comes the lamest of the stable of American white racism tropes: racial profiling. No matter what transpired, it all came as a result of Zimmerman's racist stereotyping. Cognition aforehand! Note that whether Zimmerman was right or not about Trayvon Martin isn't allowed in polite discussion; Martin's good nature is presumed. But a prosecution based on racial profiling would have to contend with this question, and the reality of statistical probabilities and black menace, in a high profile criminal trial. Does the left really want that?
It will get interesting, watching them argue this with a straight face against the backdrop of the traditional summer season of black on white violence. But of course they will. To maintain critical race theory's dominance over convention requires ever-greater powers of media denial, and the powers so far on display have been awe-inspiring. Ignoring violence such as last summer's flash-mobs in the age of Drudge and American Renaissance would seem impossible, but the respectable media did such a good job of it many of them truly don't even know it happened ("news to me" was one reporter's response, given as he defended censoring race out of a reported attack; and I'm willing to bet he still hasn't made the connection between his dereliction and his ignorance!).
And if they don't get to notice they'll be damned if we do either. So now George Zimmerman is a potential test-case for criminilazing "racial profiling", not by law enforcement (whatever validity that may have), but by a common citizen. The ABC News article linked ABC News article linked to above, revealing the extent of Zimmerman's injuries as well as Trayvon's (one set of bruised knuckles; one gunshot wound) gets around to it in the last paragraph:


However, the prosecution contends that Zimmerman instigated the confrontation after profiling the teen, who was walking home after buying skittles and ice tea. They prosecution says Martin was breaking no laws and was not disturbing anyone as he walked back to his father's girlfriend's home.

With the FBI now threatening hate crime charges, George Zimmerman may become the first American citizen convicted of racial stereotyping.
- May 16, 2012 No comments: