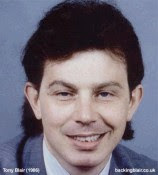 One reason why a democracy cannot survive empire, and why empires are increasingly short-lived things, is that citizens of conquered and occupied nations, and cultures, half a world away, thereby become people to whom the leadership of the imperial power is answerable, in one way or another:

Good question, and one for which the man has the right to an answer. Mr., or Mrs., (future) President, meet one of your constituents. He has a few problems he'd like to bring to your attention.
- June 19, 2007

The Deep Pockets of Denial

Owing to the difficulties with America, no progress has been made in developing the oil...If we remain, shall we not be answerable for defending their frontier? How are we to do this if the Turk comes in?
--Winston Churchill, writing to David Lloyd George, September 1922

When we have made Mesopotamia a model state there is not an Arab of Syria and Palestine who wouldn’t want to be part of it.
--British colonial official

The questions of morality and practicality that, if our society was in full command of its faculties, would normally focus our attention in response to the Administration's recent introduction of plans for the long term occupation of Iraq, despite any legal or sensible justification for same, will be granted a brief airing in the mainstream media, before fading to the sound of the sputtering Rovian political machine assessing the paltry yield of data acquired thereby.

Much energy will be pointlessly wasted debunking the "Korean" and "Japanese" models (as we continue to abuse the historical analogies one after another until the very device of historical analogy is discredited--we really must stop humoring people), as if we aren't already painfully aware of the unmentionable obviousness: East Asians are not Arabs are not Europeans (and we wouldn't be entangled in the Middle East if they were).
All of this when we should be stripping away that part experience tells us is always disingenuous with this administration, the characterization, and recognizing the reality it's designed to mute: previously disavowed plans for the indefinite, large-scale occupation of Iraq.
Well, this is our world.

Perhaps the question of cost could at least be delicately broached:

"Taking both immediate and long-term factors into account, the overall past and future costs until year 2016 to the USA for the war in Iraq have been estimated at $2,267 billion."

Can we simply ask what we are getting for our money beyond Churchill's "ungrateful volcano out of which we are in no circumstances to get anything worth having"?
Obviously our guys still think that something "worth having" can be salvaged of the war; I don't think it's a model democracy and even they can't be foolish enough to think that preserving a "central front" fighting a stateless enemy for ground neither we nor they can hold is worth the cost.
- June 11, 2007 No comments: