In the aftermath of the 2012 election, when just about everyone assumed Mitt Romney lost because he didn’t win enough Hispanic votes, the election analyst Sean Trende produced a dissenting take. A close look at the results across the Midwest and Appalachia revealed a large population of what Trende called circulated for years on the margins of conservatism, and it had obvious influence over Donald Trump’s campaign strategy in 2016.
His mix of economic populism and deliberate racial polarization was supposed to be demographically foredoomed — but instead it won him precisely those regions Trende’s analysis had highlighted, and the presidency as well.

Linked at one safe remove from its namesake, Douthat refers to the Sailer Strategy. One marginal place through which Sailer's work regularly circulates is Ross' desk at the New York Times.

With the comic (if understandable) furtiveness with which he introduces Sailer's ideas, it's worth wondering if he takes seriously the conventional assumptions he expresses


The numbers offer a cautionary tale for both emerging-Democratic-majority inevitabilists and for a left whose increasing vehemence about the wickedness of “whiteness” probably encourages the white tribalism that Trump rallied and exploited.

Despite the implicit (and wholly justified) white advocacy in Trump's policies and rhetoric, they are still far from the "tribalism" it opposes. The notion that white nationalism is just mimicry of the racial politics of the left trivializes both. Self-described conservatives have been acting as if leftist excess will blow over any day now


After all, though Trump outperformed pundit expectations, he did not carry a majority, and his Midwestern electoral victory was wide but dangerously shallow. And if he won many of Trende’s missing whites, he also lost other (female, educated) whites whom past Republicans had won.

Female, educated whites are known in other sections of the paper as "Beckys", and their demonization is the latest field of exploitation for Democrats and increasingly panicked progressives. Let's see what another two years does for those numbers.


Those losses point to the likely limits on racial polarization as a Republican strategy. Turning out disaffected whites is more politically effective than most people imagined after 2012, but white voters are ultimately too divided to make a “white strategy” work as a foundation for a real governing majority.

Dividing white voters has been Democratic strategy for years. It's been a couple of years since Trump opened up the possibility that whites can oppose it and act in their own interests. They get less divided the farther Trump gets and the more violent the anti-white campaign gets.

Add to that the very real possibility of throttling down the pace of demographic displacement by restricting immigration, and even a white fertility rebound, as suggested by another mainstream reader of Sailer, Michael Barone, and things get truly interesting.

"I've been in suspended animation for decades and I'm ready to get back to doing evil. First order of business, let's gai... 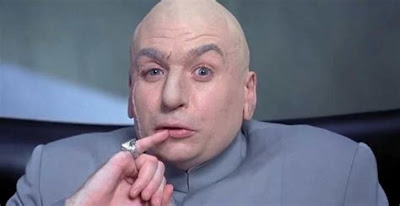